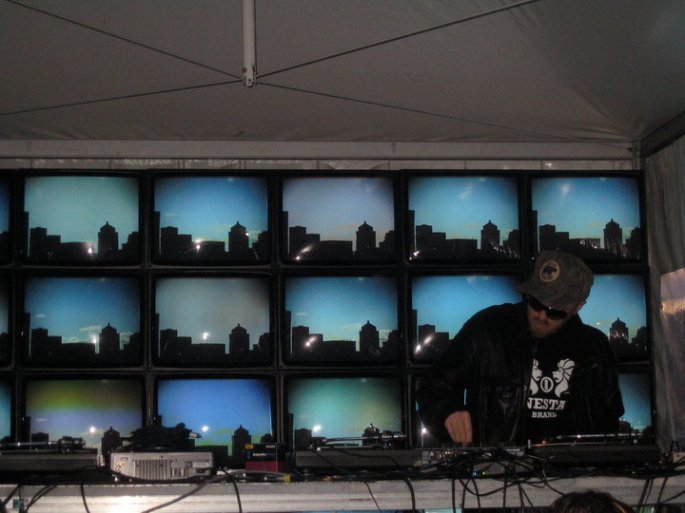 Two good mates such as these getting together in a club, around a table, in a bus, going to a gig, or in print is always a good thing.

I met Kevin Martin in 2002, right before my first London gig. I played Steely and Clevie’s dancehall riddim “The Street Sweeper”—a militant, brilliant instrumental with cut-up guitars that had over a dozen versions voiced by top Jamaican MCs and singers. After my set, he told me that the track was a favorite for him as well. Before we parted ways, he gave me a promo 12-inch of his single as The Bug, “Politicians and Paedophiles,” featuring Daddy Freddy. It stepped inside dancehall reggae—also called ragga or, in the UK, bashment—and reimagined the sound from the inside out. The Bug’s sound world proved that the lyrical fire and propulsive waist wind of dancehall could cohabitate with the bruised sonics that made the 12-inch seem loud even when played quietly. It stayed—fresh—in my record crate for the next few years.

In person, Martin is soft-spoken, articulate, and generous. But when you see him perform you realize that he’s a hardcore motherfucker who has dedicated his life to furthering the possibilities of music: from running the late-‘80s, early-‘90s label Pathological Records to his ever-evolving, perfectionist studio approach, which brings out the best in his collaborators. His dedication to craft gets deconstructed and then rebuilt, dubwise, in the live arena. On a proper sound system, The Bug becomes a monster, reminding us of the sensual possibilities of sound. It’s a heavy party and you can feel it. Gravity meets momentum in The Bug.